Our Season Finale is fun episode featuring feedback from listeners; the announcement of all our contest winners; plus conversations with Bruce Springsteen’s graphic designer MICHELLE HOLME, popular podcaster and Jay Ryan poster collector VISH KHANNA, and the man behind all the drum beats used in our episodes, drummer LOEL CAMPBELL.

2:21 – Check out Becki Peckham and her partner’s super popular YouTube channel – they own a helicopter and have the best adventures together!

2:48 – Michaela Benoit making another appearance in those show notes she is a fan of. :^) 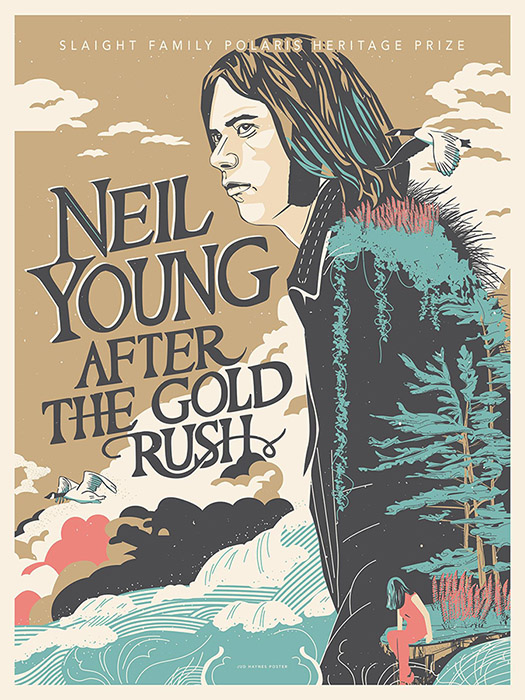 18:15 – Bruce Springsteen’s guitars that Michelle create artwork for. This first one was a collaboration between Bruce and Michelle…

30:00 – Jacob Cherwick’s posters from Save Our Stages Festival – Click here to get your own posters (they’re on sale)

31:30 – Rob Jones is a very famous American poster designer and poster curator. He’s a real big personality and a lot of fun. We’re hoping to have him on the show one of these days.

44:00 – Vish and his family on his birthday – the day we spoke. Happy birthday Vish!

55:00 – Plaque mounting means that your piece is mounted on a piece of MDF and laminated with a clean bevelled edge creating a very chic and contemporary frameless look. This is great for displaying wall décor, but is unfortunately non-reversible and not a method used to preserve your pieces.

56:00 – Vish bought one of these Touch and Go Records 25th Anniversary posters designed and screen printed by Jay Ryan.

Most people that own the Fugazi/Shellac poster, probably had it framed like this guy:

59:00 – Vish’s plaque-mounted Jay Ryan looks great in the background of all his video calls.

A photo of Vish’s poster, hung in his home office

1:09:00 – CONTEST WINNERS FINALLY ANNOUNCED!
We’ll reach out to all winners this week to get your mailing addresses.


Jud and Tim many moons ago:

1:20:30 – Dependent Music was an indie label/collective started by Brian Borcherdt and friends in high school in or around 1994. Around 2000, Loel got involved, and a year or so later Jud came on board.

“Gasp for Air” from Wintersleep’s 2001 demo that was given to Jud pre-first rehearsal.

Not long after our conversation, Loel found the original Hayden poster and sent a photo. It’s amazing he still has it – – so cool.

1:25:00 – Jud managed to track down this list of Wintersleep shows after the interview was over and it turns out he played 373 shows with Wintersleep from 2002-2007.

1:26:45 – In 2007 Wintersleep toured through the USA with The Tragically Hip. This group photo was taken just before what would be Jud’s second last show, which no one realized at the time.

Mathias and Ariel from the Burning Hell – we can’t recommend a band more. Please check out some of their music videos, they’re tunes are the best! And buy their music and merch here.

1:43:20 – Loel sent along this photo of Tim in the studio recording guitars for those new CONTRIVED songs, Dec 2021:

1:45:30 – A couple of Jud’s favourite photos from the old Wintersleep touring days

1:47:00 – the poster Jud designed for Hayden a couple years back featuring the subtle reference to the poster on Loel’s wall from Jud’s first Wintersleep’s jam. This poster tells the story of Hayden’s song “Woody” which was all about his cat at that time. Woody would go out every night and Hayden would wonder what he was up to. I’ve posted the song below the poster… 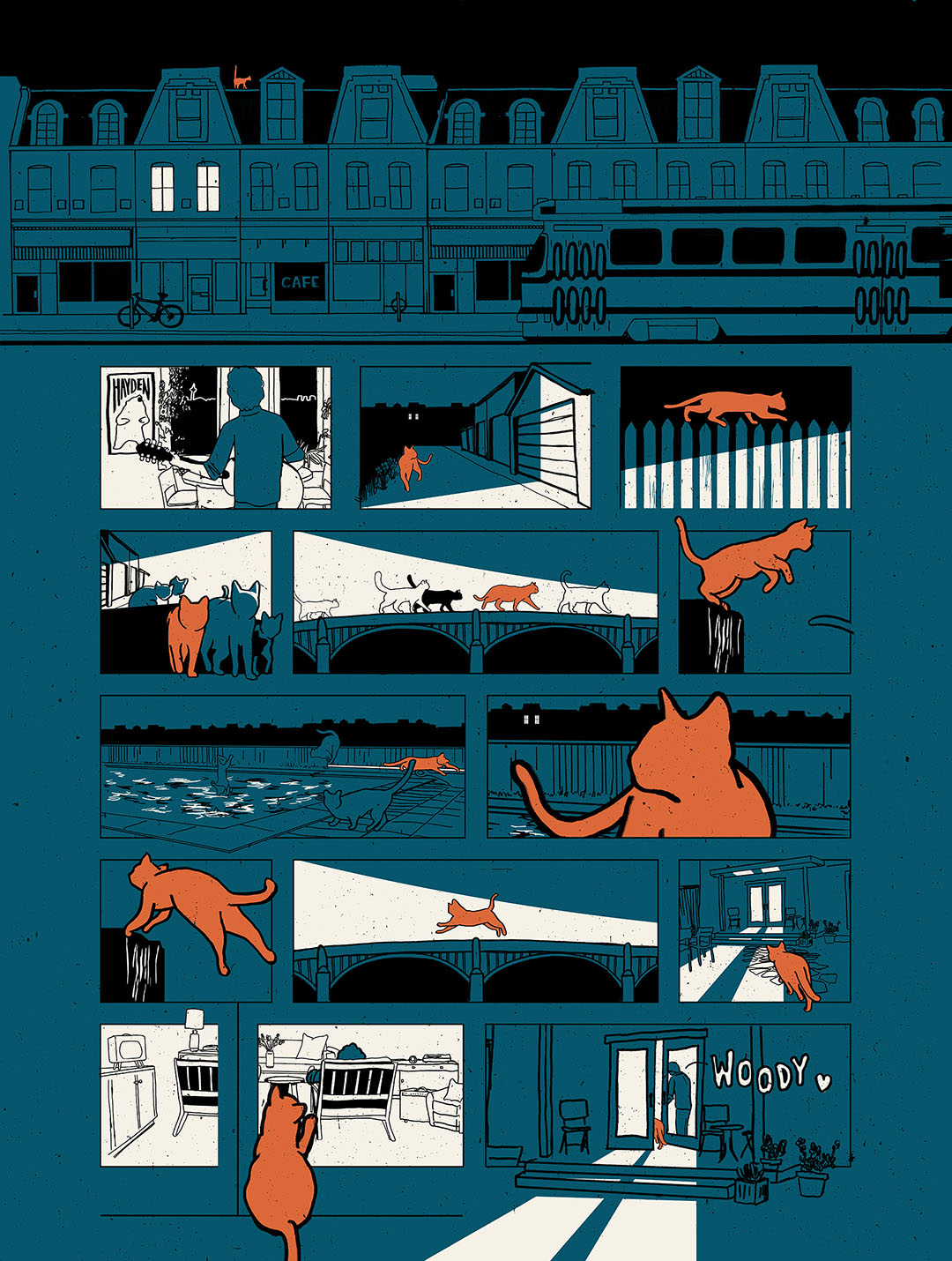 1:47:25 – Dream Serenade is an charity event organized by Hayden Desser and his wife Christie. Posters designed by Jud.

1:50:00 – New pre-amp bought and used for the first time on this episode. This new toy is the first step in making this show sound better and better. :^)

1:54:00 – Jud with his amazing girlfriend Krista a few years ago when their dog Roscoe was still just a pup; screen printing at Jud’s studio with his Dad assisting; and a more recent photo with his Mom and fully grown Roscoe.

Turns out making a podcast requires more hours and money than we had thought.
Consider making a donation if you want to help us keep this one going.
Yeah I can do that

Do us a huge favor and spread the word about the podcast – the more the merrier. Hit Subscribe wherever you get your podcasts – that helps too.
Facebook-f
Instagram
Apple
Spotify

Not on social media?
That’s cool. Totally get it.